Skis Only Come in Pairs; the Challenges of Being a Single Businesswoman 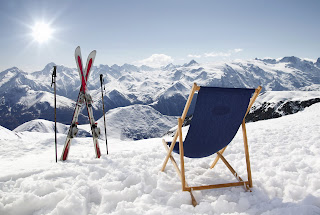 My son had grown out of his old snow skis and needed a new pair.  New boots, bindings, skis... the whole deal. Not an inexpensive enterprise but something we were willing to invest in, given our desire to ski as a family over the upcoming winter season. However, our first outing, proudly sporting his new racing skis, he went over a small jump and landed tip first snapping of the tip of his brand new skis.

Now, unlike shoes, snow skis typically have no left or right. Therefore, in my ignorance, I assumed that we only had to purchase one new ski, replacing the one that had broken. To my surprise (and financial dismay) though, I discovered skis only come in pairs. I never did receive a good explanation for this phenomenon, the most frequent reason cited being ``that`s just how they come!``

The following week I was part of a women`s discussion group concerning hidden stereotypes and barriers to the progress of women in business when the subject turned to the perceived view that to be viewed as `successful` a woman needed to be part of a `twosome`. This was not the first time I had head this, I`ve had numerous senior businesswomen express frustration with the view that there must be something `wrong` with them if they are still single, the most common belief being that they must be some kind of man-hater, a woman who has perhaps sacrificed her femininity in order to be able to `make it` in the corporate world.

In short, they are made to feel inadequate for not being part of a pair, as though it is somehow indicative of their inability to forge relationships, thereby decreasing their business effectiveness or leadership success.  Interestingly though, single men don`t seem to suffer the same perception in the work world. They are either viewed as being between partners or are believed to be work-focused. Neither view seeming to carry any perceived negative stigma, serving instead to move people to be sympathetic to his situation or to revere his dating popularity. In either scenario his single status was generally attributed to circumstances and not to any `failing` on his part.  Certainly it was never indicative of any potential inability to lead or manage the business aspect of his life.

Many of my single female clients though comment on the fact that their single status often carries numerous assumptions, many of which focus on personal qualities and characteristics they must lack, qualities which are deemed to be essential to lead effectively. Additionally, they find others uncomfortable in inviting them to social events if they plan to attend alone. This is reflective of not only people's reluctance to have uneven numbers at a dinner table (please!) but the belief that a single woman must be 'looking'. If there are only married men present... beware!

The stereotypical belief that all women are earth mothers and naturally nurturing implies that all women want and need to be mothers. Those women that choose not to have children are somehow seen as lacking in some way. The guilt and baggage these women can be made to carry as a result is surprisingly huge, yet men that choose not to enter into fatherhood are not burdened with negative impressions in the same way.

We know though that women who skew too far away from the expected stereotypical image of 'who' women are can find their career stalled or derailed. Many top female CEO's who are relieved of their position have often commented afterward that their biggest mistake was focusing primarily on the business at hand (leading like a man) and not overly demonstrating enough awareness of and interest in the employee base (leading like a woman).

So what is a single business woman to do in an effort to combat the assumptions and stereotypes that may negatively impact their career?  The following are some tips offered by our female single clients that have served them well...