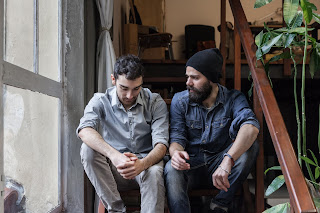 When it comes to Feedback, most of the discussion is generally centered around how to deliver your messages.  Equally important however is our ability to receive feedback. We are far more comfortable in hearing 'job well done' but are not likely to grow as far or as fast in our chosen careers if we don't become equally comfortable in hearing and seeking out how we can improve.

Our potential growth is actually a factor of three elements;

Although all of the above are teachable, the barrier to receiving feedback well tends to fall at the juncture between our desire to learn and grow with our desire to also be accepted and respected. Developmental feedback has a perceived negative component to it that leaves us feeling less accepted, less respected and less successful. Wanting to save ourselves some possible pain we then learn to avoid feedback as much as we can.

Charles Jacobs, in his book Management Rewired: Why Feedback Doesn't Work and Other Supervisory Lessons from Brain Science, shows that when people receive feedback that is counter to their self-image, they are far more likely to change the information they hear than they are to change themselves. In essence we unconsciously massage and edit the information to make it more palatable to us. The problem, of course, is that we then lose the value of the feedback itself and no longer are to act upon the content given.

We all have internalized sensitivities about ourselves, our values, our relationships that feedback can unconsciously 'hit' causing us to become defensive. Sheila Heen and Douglas Stone, in their book Thanks for the Feedback, The Science and Art of Receiving Feedback Well, highlight three primary triggers to feedback;
Understanding what triggers have been activated by the feedback will help you to not only understand your emotional response to it but gain control over it. The following points will also prove helpful in your bid to become a far better receiver...

Just One Thing.  When asking for feedback ask for just One Thing that you could focus on in the next 30 days to improve.  We can typically only really focus on one negative thing at a time anyway so ask for feedback in a way that allows you to truly focus on improvement rather than becoming overwhelmed by too much perceived negative content. Smaller chunks of feedback gained more frequently is easier to process and work on, advancing you faster.

Listen Fully.  Listen to what is truly being said rather than your internalized interpretation of it. Pay attention to your response, both intellectual and emotional, allowing the message to remain intact and not coloured or influenced by your responses.

Time to Reflect.  The more difficult the message is to hear, the more important it is to allow yourself time to fully absorb the message and to balance it with your beliefs and understanding. Don't feel that you have to say or do anything other than offer your thanks to the giver before you have digested the message fully.

Don't Argue. Don't allow your triggers to take control. Don't defend, don't dismiss and don't denigrate. Simply offer your thanks and then take the time you need to process the information given before choosing an appropriate course of action.

As with any skill, receiving feedback well can be learned. Learning to actively seek our feedback on a regular and timely basis may prove more insightful and helpful to your development and growth than anything else you might do. People are going to be far more specific when delivering feedback immediately following an activity and are going to be far more honest and direct with their comments when they learn that you are open to hearing and gracious in your response.


(for your reference, here are links to the books I mentioned above...)