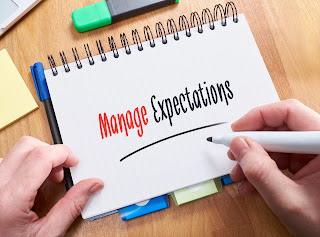 What you expect often influences and changes what actually and ultimately happens. Your expectations of outcomes leads you to interact differently and is often a fundamental component of ensuring that the outcome you expected occurs. For many situations though, expectancy is a non-conscious process.

The classic study in this phenomena was in 1968 where researchers split students into two groups - High IQ and Low IQ. Teachers were told which students belonged to which groups but no one else was informed, including parents and the students themselves. After 8 months the High IQ group performed remarkably well on tests while the Low IQ group performed poorly.  About what you would expect.

The twist though was that ALL students had been RANDOMLY assigned to the groups. Membership in either group had no reflection on actual IQ scores. The only variable was the expectation of the teacher. The teacher had different expectations of the two groups and those expectations began to subtly alter and shift the actual performance of the students themselves.  Pretty powerful. Expectation is therefore a powerful precursor of outcome and, ultimately, of success or failure.