When our Emotions Hijack our Brain 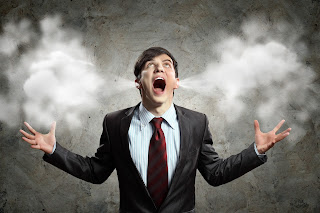 We've all had times when our emotions got the best of us and we have all likely experienced times when, upon reflection, our emotional response was out of proportion to the situation. In most cases, when our emotions, rather than logic, seem to rule our reactions we have likely been Emotionally Hijacked.

In his definitive book on Emotional Intelligence, Daniel Goleman coined the term Amygdala Hijack to describe this phenomenon, while others refer to it as Limbic Hijacking (both amygdala and limbic referring to the parts of the brain that are triggered), or Emotional Hijacking.  Regardless of the term you prefer the result is the same, each describing when an immediate, overwhelming emotional response was triggered by an event, a response that is bigger than warranted by the immediate situation.

A Limbic Hijacking is characterized by 3 key components:


According to Goleman, our brain hasn't had a hardware update in about 100,000 years, making its wiring significantly out of date.  As a result we often respond to fight/flight/freeze situations in an unintentional way.  Our ancient wiring creates responses that may have served us when our personal safety was a minute-by-minute concern but that no longer are applicable to our modern day living.

Our emotional responses can take over the rest of our brain in a millisecond if we feel threatened. This Limbic Hijacking was designed to dominate our brains, to react immediately and purely on instinct. When faced with a very real threat to our survival, we need to respond upon instinct, rather than requiring conscious analysis and thought, if we are to outlive the threat.

When our amygdala is highly stimulated, it uses more blood and oxygen than usual, leaving less for the neocortex (our logic centre).  This makes reasoning, problem solving and impulse control more difficult.  Not an issue when facing a predator, but it may certainly work against us in the work environment where our threats are less about our actual survival and likely require more thought and reasoning to circumvent.

In order to regain our intellectual control we must first recognise that the hijacking has taken place.  It is an instantaneous reaction that we will want to catch as quickly as possible.  Rather than responding from this heightened emotional state we want to buy ourselves some time.  Take a sip of water or coffee, adjust our glasses, take a bathroom break or ask for time to process before responding and then breathe.  We need more oxygen to feed to our neocortex, to help stimulate our rational brain to begin taking some action.
There was a time where much of our behaviour was guided by our Amygdala, where necessity required us to respond constantly to perceived dangers and threats with an immediacy of action. Though we may face such needs occasionally in our lifetime (some of us not at all) we are more likely to need to respond to situations with approaches developed from our Neocortex.  Our ability to do so consistently is the foundation of Emotional Intelligence.

Although much of the Limbic Hijacking that we experience is outside of our control, driven by brain hardwiring reflective of earlier times and needs, we can learn to manage and minimize its impact upon our behaviour.  Use the steps outlined above to help you to learn recognise when your emotions have been hijacked and to regain control, putting the more logical and reasoned you back in the driver's seat.