Silence is Not Consent 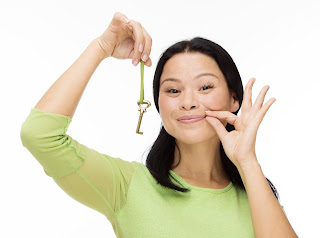 You've all been there, you've all experienced it.  You're in a meeting where you have been discussing a very hotly debated topic for what seems like hours. Finally someone says... 'So we're in agreement on how to move forward?'  There are a couple of vocal yeses, a few half-hearted yeahs, a couple of head nods and a few team members who remain silent.  A couple of weeks later that same team leader is surprised to discover that not everyone is moving forward as 'agreed'.  The team leader is even more surprised when questioning team members who have not taken action and they indicate that they 'never agreed to anything'.

Traditionally silence has been taken to mean that the individual has no objections to give voice to and that they therefore consent. We see this play out within the workplace, within our personal relationships and within society, where a lack of response to an action is taken as a sign of approval.


Silence is not and should never be construed as consent

However, silence can mean different things to different people at different times.  Someone's silence is therefore open for interpretation.  If your definition of silence does not align with mine, we will likely experience some issues.


People who are uncomfortable with confrontation are likely to use silence as a means of avoiding any unpleasant discussions. They create 'wiggle room' for themselves through silence.  They aren't in agreement and are likely to go off and do whatever it was they wanted to do in the first place.  Not formally agreeing means to them that they are free to do what they wish.

Quiet people's silence is typically reflective of the fact that they are still formulating their response. Talkers like to talk it out while Thinkers like to think it out. Quiet people are silent simply because they are not yet prepared to share their thoughts.  Speaking 'now' is on your timetable, not theirs.

When it is important to ensure that you have full agreement and support on a given action, it is far better to poll the group members individually.  It may take more time but it is best to ensure that there are no concerns or reservations up front of the implementation.  Addressing issues now prevents them from becoming huge barriers down the road.

Additionally, when asked directly if you are prepared to commit to something, giving voice to your support actually helps you to solidify your commitment. There are numerous studies in Influence that demonstrate the positive impact of gaining that upfront concession from members.

Silence is not always golden. When you need to gain support on an idea or new initiative, don`t mistake someone`s silence for agreement.  Instead, make a point of asking each contributor directly whether they are in agreement with the tabled proposal.

As it turns out, silence may mean many things; agreement is only one meaning and rarely the correct one.
Posted by Cindy Dachuk at 9:49 AM