Why Ditching 'Plan B' May be the Best Plan 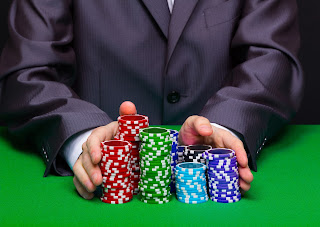 We have all been taught that we should always have a 'Plan B', a backup plan in place, just in case 'Plan A' fails.  On the surface, this advice seems both sensible and reasonable.  There is an inherent logic to the need to have a fallback position in the event that things don't go as planned.

However, in challenging this assumption, researchers are beginning to discover that having a backup plan may have an influence on the potential success of your Plan A.

Researchers Jihae Shin (University of Wisconsin-Madison) and Katherine Milkman (University of Pennsylvania) found that people in their study who had a back-up plan for obtaining a reward, if their performance on an assigned task was insufficient for obtaining it, performed significantly worse on the task than those who had no alternative means of obtaining the reward.

In another study, conducted at the University of Zurich (Christopher Napolitano, Alexandra Freund), it was found that backup plans altered the way people pursued their goals; backup plans served to undermine participant's motivation. Having an alternative, a fallback position, led participants to push less toward the achievement of their primary goal.

"If you have a backup plan, then you've already admitted defeat" Henry Cavill (aka Superman)

We generally make backup plans in an effort to manage uncertainty. There is less risk to us in going after Plan A if there is alternative waiting for us in the wings. We lose less turn-around time if we have another option to pursue, should our first option prove unattainable. However, the question researchers are asking, and one that we should consider, is... If you prepare for failure, are you more likely to fail?

In looking at this question more fully researchers agree that there is a difference between goals that primarily require effort and those involving luck. Goals having a significant number of factors that are outside of our direct control (require luck) to achieve will definitely benefit from having a backup plan, or two. However, those goals relying solely on our own effort should be approached with an 'all in' mentality, with no alternative plans in sight. The mere act of thinking through a backup plan may be enough to influence us to put less effort into achieving our goals.  Instead, think only of the primary goal, that it's Plan A or bust, to achieve it.

The need is to therefore become more strategic about how and when we use Plan B planning. Consider whether the goal you are pursuing is driven primarily by your own effort. If so, ditch the Plan B mentality and go all-in pursuing Plan A. You are far more likely to experience success by going all-in.

For those that still want and need a safety net of sorts, consider outsourcing the Plan B planning. In business this may mean you have an A-team and a B-team, where the role of the B-team is to plan an alternative route/option in the event that the A-team fails to achieve the objective. For individuals you may want to leave the B-planning to a parent, friend, spouse or coach, while directing all you have to your primary plan. Plan B exists but it is outside of your mind and focus and therefore does not have the same influence over your thinking or actions.

Operating without a net may be scary at first but you just might discover that it was your Plan B thinking that was holding you back from achieving all that you could.