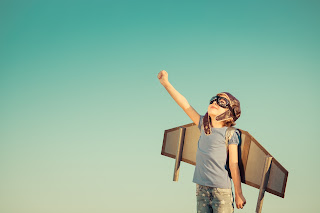 As a Manager it can prove challenging to get your team to think of new approaches and ways of operating. So much of the regular day-to-day grind seems to drill in the 'this is the way we do things here' type of thinking that asking for out of the box thinking can prove daunting.

We've heard that change isn't easy. Rarely do we explore why. Primarily, change requires shifting our mindsets which proves problematical because they are largely held unconsciously. To change we must modify approaches based on beliefs that we hold as truths, which is responsible for creating the rigidity of our thinking. We hold truths as absolutes, meaning they are largely unquestioned. We hold truths and beliefs about...


Everything we say and do is built upon our beliefs, our expectations of what works, why and how it works and beliefs concerning the application of that information we hold to be true. But, what if we challenged one or two of those beliefs? What if one or two of the beliefs we hold were... wrong?

Often it is our existing beliefs that are standing in the way of change. We need to challenge those beliefs to open a new door of opportunity.

To begin the mental shift necessary to unlock your creativity you need to start by acknowledging that a different outcome or reality is possible. This acceptance allows the potential for a shift in thinking to occur.  Without it your mind remains closed to a different way of thinking. Allowing for just the possibility that 'different' or 'other' might exist is a critical first step.

Interestingly, even the process of thinking about how your thinking and belief structures are built begins to shifting your thinking. Opening yourself to accepting that some of your beliefs may not be absolute creates the possibility for new opportunities to take root.

If you want your people to become better at recognising opportunities, to being more creative in problem-solving, in finding different solutions, you need to begin by getting them to challenge some of their current thinking beforehand. Start by getting them to think about the structure and routines in their day that might be contributing to cementing their belief systems and stifling their creativity. Open their thinking by getting them to switch up their routines.
Switching even small elements of your daily routine gets your brain shifting out of auto pilot and becoming more aware. After all, you can't take advantage of opportunities you don't see. Once your team's brains are primed to begin seeing possibilities and potential get the them to begin asking the critical question... What if this wasn't true?

This is the question that opens up those new doors by challenging assumptions, beliefs and truths. By questioning one belief, by asking what the impact is of it not being true, you create a domino effect of possibilities. Though all may not play out, you are likely to find some that are worth pursuing, that create the very possibility you needed.

To unlock the creative talents of both you and your team, begin by getting your collective brains off of autopilot by challenging some of your beliefs. Shifting just one belief or 'truth' may be all it takes to unlock a host of new approaches and possibilities. True change doesn't happen one person at a think but, rather, one thought at a time.