Just Do the Work 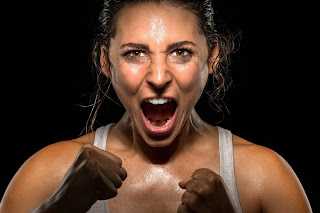 We seem to live in a world of quick fixes.  Everyone is looking for short cuts to get where they want to go, wanting an easy route to success.  The concept of working for what you want is put down as an antiquated and outdated way of thinking, one that is far too slow in achieving one's desires.  Instead, success is an immediate need, one best delivered 'overnight'.

The 'Overnight Success' is a celebrated concept that people never seem to tire of listening to or speaking about, however it is nothing more than a seductive lie leading people to 'see' the success without 'hearing' the story of how it was achieved.  The truth that few are willing to accept is that there is no such thing as an 'Overnight Success'.


"A true overnight success is someone who has carried bucket after bucket of water to fill up a well.  People celebrate you the moment it all spills over, without realizing the 10,000 buckets you carried to make it happen.`    Paul Angone

It`s not simply that people don`t realize the work it took to become successful, it`s that people don`t want to hear it.  They want to believe in the hope that they could do nothing today to prepare for it and yet, could wake up tomorrow... successful  They avoid hearing and seeing the truth.

And yet... you think success comes over night?

Success comes through all of the nights leading up to that last moment, all of the days and nights of hard preparatory work that were needed to create the moment that tips you into success.

You must create your tipping point by doing the groundwork.  No one talks about this aspect of success simply because no one wants to hear it.  No one wants to hear about the work and effort that went into creating your success because then it means that they too would need to put in that same hard work to enjoy all of the trappings of success.

It's the Lottery Mentality at play, the hope that they can go to sleep and wake up rich and successful. We all know the odds of 'winning' at this game though.  The jackpot is $50 million?  Sure, buy a ticket.  However, this isn't meant to be your life strategy.

We may envy the winners their luck, but we admire those who have created their success. To be like them though, we need to be prepared to put in the work required to get there.  We must invest in our future by putting in the effort needed to net us the desired rewards.

Hard work might not guarantee you success, but a lack of hard work surely guarantees you a lack of success. It might not be sexy, but the truth often isn't.