The Contagious Nature of Emotions 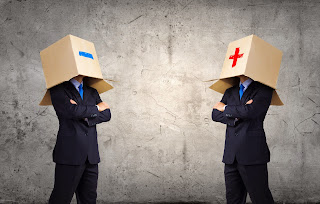 You have probably noticed that you have friends and associates you enjoy being around.  They are
energetic and upbeat and you can't help but feel good around them.  Similarly, there are those that tend to cause the opposite reaction, leaving you feeling exhausted and drained.  This is because emotions are, in essence, contagious!

When we have someone in our lives that is angry we likely find ourselves feeling angry too. Happy people lead us to feel greater happiness.  This Emotional Contagion is far more pervasive and powerful an influencer over our emotional state than we would like to believe.  However, given that it is happening at an unconscious level, it is difficult for us to recognise and acknowledge its impact.

From infancy we imitate the facial expressions, postures and voices of those around us. That is how we learn to communicate effectively.  However, our body language is directly linked through the brain to how we feel.  When we are angry we adopt an angry pose, an angry facial expression and even an angry voice.  We assume that the emotion precedes, if not causes, the behaviour and, in general, this is true.  However, we can create the 'emotion' by manifesting the behaviours.

If we speak in an angry voice we will eventually begin to 'feel' angry.  Hold our bodies in anger, or put an angry expression on our face and we will soon find that we begin feeling angry.  We can therefore 'create' the emotion simply by adjusting what our 'body' is saying.

The contagious aspect of emotions arises because our mimicry of others when we were infants actually continues throughout our lives.  The 'mirror neurons' in our brains lead us to unconsciously and automatically mimic the emotional expressions of others.  Many researchers feel that our brains were hardwired this way as a survival tactic. When we had to be more attuned to the negative emotions of others to assure our survival and defense it proved to be a good thing. Our survival may not be at stake in our daily interactions today, but our brains still are wired to react and respond to the emotional triggers that others represent.

Therefore, we may find that we become infected by someone else's good mood, their happiness, enthusiasm and passion.  The reverse can also be true though, where we may be infected by someone else's negative emotions, their anger, depression or anxiety.  Research shows us that depression in a spouse will typically lead to depression in the partner.  We have likely all experienced the impact of a toxic person in our lives, whether personally or professionally.

We do know that some people tend to excel at catching emotions while others are far better at emitting them.  This means that some people are more vulnerable to the Emotional Contagion of others. Generally, those who are more attentive and sensitive, who are more empathetic, who care more about the opinions of others or who value collaboration more than independence may find themselves being more heavily influence by the emotions of others.

There are also those people who seem to be more 'contagious' than are others; people that exert a greater influence over others.  These people tend to experience and display stronger emotions making it 'easier' for others to pick up on their moods.  Interestingly, these emoters tend not to be as susceptible to the emotions of others, perhaps because they are so caught up in their emotional experiences that they are not as attentive to the emotions of others.

Although it's great to think of the positive impact of contracting someone's good mood, we humans tend to react more strongly to the emotions of pain, fear, sadness and disgust than we do to joy and serenity.  Figures!  Researchers therefore agree that the negative emotions prove to be more contagious, creating toxic environments.

Given that all of the above is typically happening at an unconscious level, is there anything that you can do to minimize the influence of the toxic people on your emotions?  Certainly, but it starts with your openly and honestly assessing how you feel when you are with different people.  Although the other person may not be deliberately trying to make you feel bad, the result is the same and needs to be questioned and addressed.  Once you have identified someone who may be negatively contagious...