Getting Gritty to Get Ahead

One of my favourite movies when I was younger was True Grit, starring John Wayne as the irascible Rooster Cogburn.  Though the movie was recently remade, nothing touches the original 1969 version in my mind.  For me, the image of John Wayne in this role and Kim Darby as Mattie Ross come to mind whenever I hear the term Grit.  The movie revolves around a young woman looking to hire a man with 'true grit' to help her hunt down her father's murderer.  Throughout the movie Mattie continues to demonstrate that she has more grit than any of the men she was looking to hire.  Perhaps that's why the movie appealed so much to me, the thought that we may just discover within ourselves, that which we think we need to find externally. 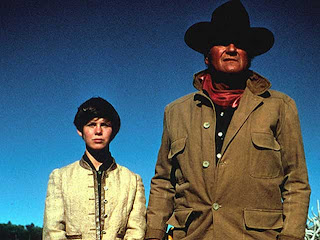 Grit isn't a term that you typically hear others using.  Think of 'Grit' being a passion and perseverance for long-term goals.  It is persistence and tenacity, stick-to-itiveness and fortitude, it is living life like it a marathon and not a sprint.  So much contained within four letters.  Recently, the term Grit has been making a comeback within business circles.  New research being conducted has found that the number one characteristic that is the key predictor of Success is not IQ, not EQ, not even how charismatic or good looking you are, it's... Grit.

This begs the question of course... just how do you go about developing your grit?  There is no straight-forward answer to this but recent work from Stanford University on the Growth Mindset just may prove to be laying the foundation for the right path.  Their works highlights that you have the ability to grow and change your brain in response to challenges.  As you face new challenges and work to overcome them, you develop and strengthen your perseverance.  Those that give up... don't.

But this means that failure is required.  There is a need to face challenges in which success is not a given.  Grit is developed in those moments of failure.  If you let your failure define you, you're done.  Instead, grit requires you learn to recognise that failure is not a permanent condition.  The acceptance of this belief is necessary to persist, to push through.  You have to belief that there is better, that there are other alternatives to failure, and therefore you continue to push for the result you want.

As it turns out, these are the words forming the backbone of success.