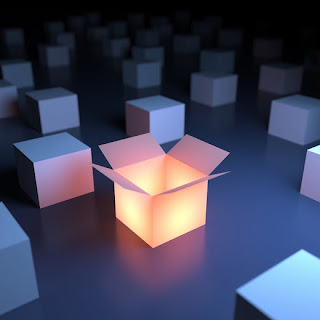 We all have Big Ideas, Big Goals, Big Plans... those ideas that could change our lives, if not the lives of
others.

The challenge for most of us of course lies in recognising them.  We sometimes fail to give weight to the value of our ideas, simply because they are our own.  We look further afield, expecting that there should be a bold stroke of inspiration, a lightening bolt of the mind, that highlights or precedes the Big Idea's arrival.  More typically though, we are sitting right on top of the idea, keeping it company, failing to recognise it for what it is.

Russell H. Conwell, in his well-known book Acres of Diamonds, tells the story of a farmer who, though wealthy by others standards, wanted even greater wealth.  When hearing about Diamonds for the first time, he came to realize that owning a diamond mine would be infinitely more profitable than a farm and so he promptly sold his farm and went off in search of diamonds.  However, that farmer had no true knowledge of diamonds, or skills in mining, and ultimately found himself destitute and starving.  The farmer who had purchased his farm from him however, was watering his animals in a river on the property one day and discovered a strange rock - which turned out to be a diamond.  One of the largest diamond strikes found in the area.  The moral of course, is that we are often sitting on Acres of Diamonds.  We just need to dig for them.

It would be great to think that knowing we already possessed our Big Idea, our Diamond, was sufficient and that we merely had to uncover it.  However, this knowledge alone doesn't seem to be enough to offer the push that many need to begin digging.  It's often been said that the greatest book ever to be written is lying in a graveyard somewhere.  Many people's greatest work, greatest gift, is often taken to the grave with them.  Is there a sadder thought than this?

In a recent Success article, Darren Hardy tells the story of Evariste Galois, a brilliant mathematician, born in France in 1811.  At age 20 Galois made the unfortunate mistake of falling in love with a French officer's fiancee.  That officer, as was typical for the time, promptly challenged Galois to a duel.  Not being in the least bit skilled at firearms, Galois anticipated that he was not likely to be successful and therefore spent the night before his duel writing down every thought and algebraic equation he had in his head.  He wrote for hours, even recording thoughts that just occurred to him in the writing process.

Unfortunately, Galois' predictions about his duelling skills proved accurate and he was killed.  His notes however, live on.  Galois recorded over 60 pages of mathematical ideas which were published after his death.  These pages revolutionized not only higher algebra, but impacted most other areas of mathematics as well.  His ideas proved to be amongst the most important ideas in the history of mathematics.

Galois had not recorded any of these thoughts previously.  It was only the impending deadline (in his case... possible death!) that led him to push himself.  What's your deadline?  The belief that we have time, that we'll get to it, can be our biggest downfall.  We fail to take action today because there is always tomorrow.  Consider though, that if we don't begin digging for our diamonds today, then we can't reap the benefit and reward tomorrow.  That 'better' tomorrow will remain outside of our grasp.

What are the diamonds that are waiting for you in your backyard?  The Big Ideas that are waiting to be discovered?  Don't wait for tomorrow to come to begin digging, create a sense of urgency and get out there now, lest you lose out to someone who begins today.

Make - TODAY - your new mantra.  Create the urgency to get started now.