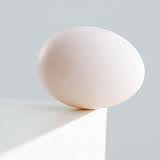 In his book The Tipping Point, Malcolm Gladwell wrote about the magical moment when an idea crosses
some invisible threshold and goes viral.  It's the point at which this very shift takes place that people want to come to know, understand and replicate.  In business, this is an important and key concept, a way to grow your business astronomically.

There is for each of us as individuals a Personal Tipping Point though too.  We each have a invisible moment in time where the Longing for the life you imagine becomes Regret for the life you've let slip by.  Often, it feels as though this moment occurred in our sleep where, upon waking, we experience the sense that our dreams have passed, that the life we have dreamed of living is not going to happen. For many, tipping over from longing to regret seems uncontrollable and perhaps even inevitable.

The tip into regret changes our perspective on our life.  When we now are regretting the life not lived, the actions not taken, many then presume that the time to 'try' is past, that they have missed their opportunity.  For a few though, the feeling of regret serves to spur them on.  They recognise that this is not a feeling they want to continue to experience and use it as the impetus to get back on course.  Reversing the Tip is always an option, but it often proves a difficult one for many to manage.  Easier by far, is to prevent the Tip from happening in the first place.

There is a trick to managing this Tipping Point, a trick that we can use to prevent the Tip from ever taking place, ensuring that we forestall (forever) the experience of regretting the life we've led.  That trick?  Taking Action!

As it turns out, regret is typically built upon the actions we failed to take more than on those we did.  Even if the action we took failed to take us in our desired direction, it took us out of the state of inertia and into a state of momentum.  We will always make some wrong moves, but if we're moving we can course correct.  Additionally, many of those 'wrong' first moves enable us to build a stronger plan for moving forward, often reshaping a 'better' future vision for ourselves as a result.

Action is not only the strategy that prevents us from tipping into regret, but the same strategy used to overcome it.  Wallowing in the thought of what never will be creates inertia.  To break from this you need to DO something, take some action, that will shift you from feeling that you have missed the boat to putting you back at the helm.

In this instance, even baby steps count!  One small step forward can be enough to begin to Tip the Scales back in your favour!