Our 'First' is Usually our 'Worst' 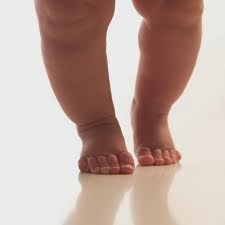 Our first attempt at anything is always going to be our worst attempt. We lack the skills and the knowledge of how to make things happen; the finesse that comes with repetition.  Know  that your first won't be your best but that it's worth the attempt. There is much to be learned about ourselves and the world around us by trying something new.  Often we have skills that have been hidden from us to-date simply because we haven't had the opportunity to give 'em a try.

We tend to avoid what we believe we aren't good at.  Then we get pushed into doing it and... guess what?  We're not good at it.  This tends then to confirm for us our belief and we don't try again.  However, developing the mindset that 'Of course I'm not that great at it (yet), it was only my first time!' opens up total new possibilities.  Instead of avoiding that activity in the future, you take your current experience, determine what you learned from it, what to try differently next time and move forward.  The second time?  Better.  The third?  Better still.  Malcolm Gladwell, in his book Outliers, says that it takes over 10,000 hours of practice to truly master something.   No athlete got to his current level of performance by doing nothing.  They missed more than they hit or sunk or dunked or caught.  And then they did it again.  And again.  And again.

What areas in your life could stand a second try?  (I call this Taking a Mulligan... my favourite golf move!)
What things are missing in your life because you have avoided giving them a first try?

Pick something and give it a go.  You now are armed with your follow-up line should things not turn out as planned...  'Awww... it was only my first time.'  Following that...  'Awww... it was only my second time'.  And, my favourite all encompassing statement...  'I'm still new to this!'  You may not be interested in putting in your 10,000 hours to truly master a particular skill (take me and golf... 10,000 hours... soooo not happening!) but it needn't prevent you from getting out there and trying something new.  You just might find yourself enjoying the process!