What it Takes to be Happy 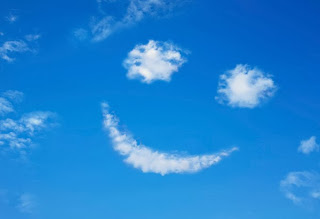 In light of the increasing focus in recent years on Positive Psychology (see Martin Seligman's work in
particular), there is a growing emphasis on research into Happiness.  Apparently, everyone wants to arrive at the definitive 6-step formula for how you too can guarantee a Happier life and existence. There'd likely be money in that!

Certainly, research has shown that happier people tend to...

Similarly, the findings into what 'makes' us happy can be surprising.

Rosabeth Moss Kanter, a professor at Harvard Business School and well-known author, found that the happiest people are those facing the toughest but most worthwhile challenges.  If they are engaged in activities in which they feel they are making a difference, their happiness levels rise.

However, Leadership IQ found that in 42% of the companies they studied, it was the lowest performing employees that were happier in their jobs, typically because they were left alone to get things done and could quietly go about doing their own thing.  However, the higher performers had to pick up the slack and were therefore more in demand.  They had more pressure on them to perform and more people watching and checking in on their progress.  Generally they were left feeling undervalued and underpaid.  Not a combination that heightened their happiness levels.

In some respects, these first two research results would seem contrary to one another, given that those working on tough (but worthwhile) challenges would likely be your highest performers.  Perhaps the caveat is that you are not only engaged in work that you feel makes a difference but that you must be recognised and compensated well for it.

Additional research supports this.  It was previously believed, based on the work of Easterlin in the 1970's, that money could only buy us happiness to a certain point.  Once we reached that threshold, money would no longer have an impact on our sense of well-being.  This effect is known as the Easterlin-paradox.  However, in re-testing this paradox, across countries and time, Stevenson and Wolfers, two U.S. economists, have found that our sense of happiness and well-being continues to rise with income, with no satiation point or threshold.  Every dollar brought a greater level of measured happiness, dispelling the myth that money can't buy happiness.

Apparently though, it can't buy ALL of our happiness because there are yet further studies, (Sonja Lyubomirsky - widely known as the most knowledgeable expert on happiness), that indicates we have a pre-established genetic happiness set-point.  This set-point rises and falls based on our reaction to circumstances but it will reset itself to our set-point as we get used to the situation.  This is why an increase in our salary can raise our current level of happiness and well-being but that, over time, we are less satisfied with it, requiring more.

And yet further studies that indicate...
All in all it seems that happiness is confusing stuff.  Right now it appears that a good mix is to... make as much money as you can, as many good friends as you can, do work that makes a difference and don't pay any attention to what people think of you.  Pretty much how most of us are trying to lead our lives now, isn't it?  Seems we've known the magic formula all along.