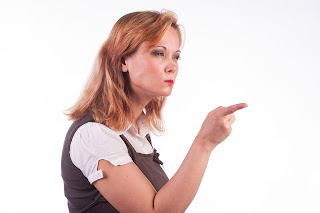 Have you ever received 'constructive' feedback that truly wasn't that constructive? Feedback that was more of a critical diatribe than anything practical or useful?

All too often people today are quick to criticize but slow to offer any truly constructive suggestions for improvement. Doing so would mean having spent time thinking about solutions for you and most people just aren't willing to invest the time. Talking about what's wrong, what doesn't work for them, what they don't like is easy. Being clear about what they want instead... well... that takes some thought. Unfortunately, many of your biggest critics don't happen to be the biggest thinkers.

Your challenge, of course, is recognizing which critics to pay attention to. True feedback will always come with a clear understanding of not just what was 'wrong', but what is 'better'. Criticism without direction is simply an attack and more likely to stop you dead in your tracks and prevent forward movement then it is to create a course change and spur your momentum.

Additionally, those offering their critical insights often do so from a completely different world view than your own. Any behaviours that deviate from their view of what's 'right' must therefore be 'wrong' and corrected.  Listening to this feedback and making adjustments to your direction as a result of it only serves to take you from your chosen path and shifts you onto theirs. You must be diligent in ensuring that any critics you listen to are those that will serve you in moving further in your desired direction... not theirs.

Criticism that serves you is helpful. Criticism that serves the other party is useless.  It's critical for you to know the difference. Pay close attention to the critic. If they are neither someone you like or respect, that's a good starting point for knowing you should probably ignore their input. Listening to, let alone acting on, anything they have to say will likely prove a waste of your time and talent.
Posted by Cindy Dachuk at 7:03 AM