The Science of First Impressions 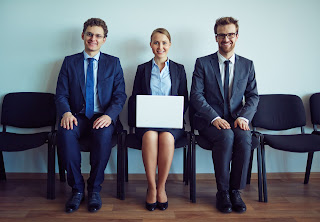 We all have heard how important it is to make a 'good' first impression but just what constitutes a 'good' impression?  When I ask my clients how they would like to be seen by others the two most popular responses are that they want to appear confident or they want to be liked.  In wanting one or the other they then, both consciously and unconsciously, engage in behaviours that project either confidence or likability, in an effort to drive the desired response from the other party.

I have said for years though that what is truly needed, in creating a strong, positive first impression in business is... both.  You need to be seen as confident and capable, they need to know that you can get the job done but they also need to like you, to see you as a solid member of the team.  The better you do both, the more likely you are to get an invitation to join.

As it turns out, recent research findings reported by Amy Cuddy of Harvard Business School, have shown that 80 to 90 percent of the overall first impression we form of someone is based on the combination of two specific traits: Trustworthiness (gauging their intentions toward you) and Competence (gauging their level of capability and confidence).  What is particularly interesting though, is that her group was primarily studying discrimination and prejudice; how people categorize each other, in an effort to predict discrimination. 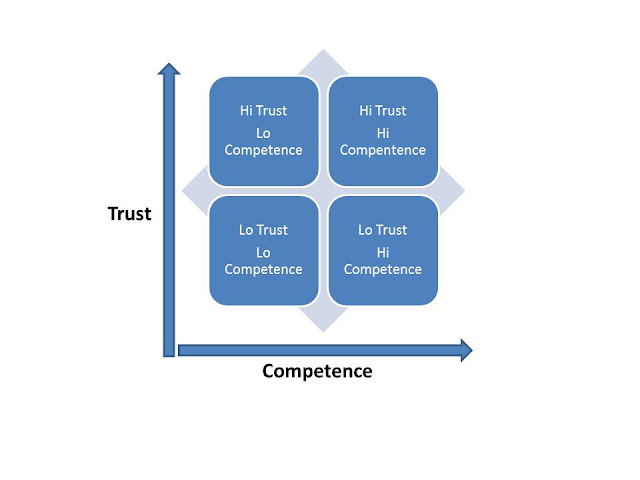 It seems that we universally sort groups on the matrix pictured above.  Most people are higher on one trait and lower on the other.  They found that when the status quo is threatened, the high-status minority groups are those that get targeted for genocide.  These are highly competent individuals.  High competence, but low trust. Therefore, typically it is groups that are hated, but respected that get targeted the most.  People in the bottom left?  Those that are both hated and not respected get pitied.

This is important to consider when it comes to generating your own first impression.  So many of us err on the side of wanting to appear confident... if nothing else... and tend to therefore swing too far to this side when nervous.  We attempt to mask our nervousness and discomfort by appearing 'more' confident, 'more' competent, 'more' capable, often at the cost of our warmth and engagement.

This newest research from Cuddy suggests that this will tend to clearly put us into the bottom right quadrant.  We may be seen as extremely competent, but we will not tend to be liked.  As a result, we may lose the desired opportunity to someone who is a little less competent, but liked more.  The ideal quadrant is obviously the top right.  We are both warm, engaging and trustworthy while also being perceived as someone who is capable of getting the job done.

The key to creating this balance is to ensure that people feel your warmth first, then move into demonstrating your competence.  In order to appear engaging and trustworthy, use some of the following tips:


As in most things in life, it appears that balance is truly the goal.  Striking the right balance between appearing Competent and Trustworthy will serve to create the most positive first impression for you.  Warmth with strength.  It may not be the most common combination but it is the one we respond to the most favourably and the one we most want to follow.