The Effects of Emotional State on Influence Success 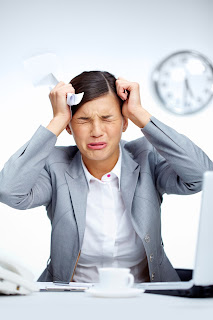 Research studies have shown a clear connection between the emotional state of the individual and the success of an influence strategy. In these studies, people were either exposed to messages that were designed to induce fear-based emotions or romantic-based emotions.  These emotions were created through short stories and film clips.

Each group was then exposed to advertisements using either social-proof* or scarcity** type messages as their influence strategies. The results? Those people exposed previously to fear-based emotions were more persuaded by the social proof appeals, while those people exposed to romantic-based emotions were more persuaded by influence messages utilizing scarcity and uniqueness.

Interestingly, studies have also shown that not only our buying behaviour but our selling behaviour can be affected by our emotional state.  Jennifer Lerner and her associates set out to determine just this. What they did find was that those individuals in which they induced a feeling of sadness (again, through film clips and essays) were likely to pay more for an item if buying, or to sell it for less.

Other studies have been conducted that demonstrate that ANY emotionally charged issue or situation, regardless of whether it is positively or negatively charged, will have a direct ipact and influence on the type and quality of decisions made.
The implications?
If you have ever found yourself buying something that you didn't want or need, or paying a much higher price for something than you should have - you know you have been influenced through an emotional state.  Just as we have been told repeatedly not to go grocery shopping when hungry, so too must we now consider not going shopping when we're too emotionally charged.  Unless, of course, we won't mind the impact on our pocket-book!!

*social proof - evidence that others are 'doing' it, celebrity endorsements fall into this category.  In general, we look to others behaviour to guide our own.

**Scarcity - the 'only 50 left' strategy.  If something is in limited supply or going quickly we may be more inclined to purchase it for ourselves.
Posted by Cindy Dachuk at 10:18 AM