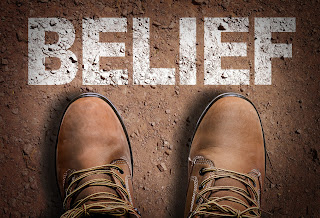 Each of us holds beliefs about the world around us; what we believe to be right, wrong and in between.  We hold various religious, political and scientific beliefs.  We believe in certain child rearing practices, hold various philosophical beliefs, we believe in different health and fitness regimes and even hold beliefs about the quality of different companies and brands of products.

Additionally, we hold beliefs about ourselves, our capabilities and potential.

When it comes to our beliefs it is important to note that there is a very strong unconscious tendency for us to favour information that confirms the beliefs we hold.  This is known as the Confirmation Bias, which states that all people, no matter how open-minded, will tend to favour all information and evidence that supports their pre-existing beliefs and views, discounting those that do not.

We each will find that it feels good to hear or read information that supports our beliefs, so we will be more active in seeking out such validation. Scientists and investigators, to name but two, must actively work against this bias if they are to ensure an unbiased approach to uncovering the truth, lest they simply 'see' proof that supports their presumed outcome. We may always start an experiment with a belief of 'what' will occur, but if we are not truly open to the possibility of an alternative outcome, to the possibility that our assumptions may be wrong, we will only look for evidence that supports our initial assertion.

Unbeknownst to us, Confirmation Bias has a heavy influence on our lives.  Consider the beliefs you hold about yourself, your capabilities, skills and potential.  These beliefs shape the actions you take, the opportunities you pursue and those you turn down.  In order to feel justified in our actions, we will unconscious seek out proof to support those beliefs.  Therefore,

This means then that the beliefs you hold about yourself are critical.  We can seek to actively work against our beliefs and disprove them, or we can ensure that the beliefs we hold about ourselves positively serve us, allowing the Confirmation Bias to work in support of those positive beliefs, helping to build us up.  The only way to determine this though is to invest the time in coming to understand the often unconscious beliefs we currently hold that are shaping and driving our behaviours and future.

Step 1.  Document your beliefs.  Start a belief diary, recording all of the beliefs that you currently hold about yourself.  What kind of a person do you believe yourself to be?  What kind of spouse, parent, sibling, friend, boss, peer? What do you believe your inherent strengths and weaknesses are? What are your values? What are your abilities? Jot down anything that comes to mind that you believe and hold to be true about yourself.

Step 2.  Examine your can'ts.  In order to gain an even deeper appreciation of the above, listen to every time you tell yourself that you can't, you don't, you aren't.  There is likely a belief hiding just behind those statements that is preventing you from stepping into action.  Some may serve you, but others may not.  In either event, add them to your diary.

Step 3.  Tweak your list.  Take a closer look at your beliefs list and highlight all of those that do not serve you.  If there are beliefs that limit you or your opportunities, then these are the beliefs that require some tweaking.  Knowing that the Confirmation Bias will actively find examples to support those beliefs, proving that you shouldn't and can't, reframe the statements in such a way that the bias works for you. For example, if your current belief is that you are a klutz and not athletic enough to play tennis, reframe it so that it is not such an all or nothing statement. Left as it is, every trip over a root or misstep will prove you are too uncoordinated to engage in tennis.  Instead, consider that you are coordinated and capable enough to play tennis (or any sport of your choosing).  Get your mind working on finding the validation for that statement so that you can get up off the couch and get out there.

We all hold different beliefs, assumptions and hypothesis.  We aren't looking to change that.  Nor are we looking to change the way the Confirmation Bias operates.  However, now that we know of its existence, we can use it more strategically, rather than being at its mercy.  Knowing we are going to actively seek out anything that supports our beliefs, it is important to be more deliberate in the creation of those beliefs, ensuring that they serve us and our desired future.

Many of our beliefs were implanted by others and are therefore more reflective of their beliefs and not our own.  It is only by consciously challenging them and replacing them with beliefs that are more reflective of our reality and our desired future can we use the Confirmation Bias to validate how awesome we truly are.
Posted by Cindy Dachuk at 2:06 PM