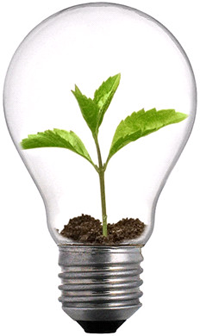 One sure-fire way to being seen as adding value to any organization is to come up with ideas that others can't wait to implement.  However, having a great idea is not enough.  If you aren't able to get others on board with your idea then it will languish under your bed with the other great ideas collecting dust.

Great ideas don't come into being all on their own.  Not everyone is as quick to recognise a good idea when they see and hear it, primarily because they have to wade through all of the garbage that exists standing in the way.  Just as a new song you hear may not be your favourite the very first time you hear it, because it is unfamiliar, you can grow to love it with a few more playings. Help your ideas take root by doing the same.


In order to help you gain the acceptance and recognition that your idea deserves I have pulled together the top 3 strategies you need to employ to get it heard, get it remembered, and get it adopted.

1.  Pre-Sell.  It is rare that people automatically and immediately jump on new ideas.  Often they need a little time for the idea to percolate.  To give your ideas time to take root in the minds, if not the hearts, of your audience run some of the basics of the idea past them prior to the meeting.  Giving them time to think it through a little helps them to work through some of their hesitation.  Consider also being strategic about courting some influencers.  Think about who around the upcoming meeting room table has a strong influence over others and work to pre-sell them.  Let them know that you value their opinion and you'd like to bounce an idea past them.  Working through their objections and getting them on board means that you have a supporter around the table that will help you to sell the idea when it's time.

2.  Make the idea Familiar.  The more 'different' your idea the bigger the resistance you will likely encounter.  Most people do not go out of their way to embrace change.  Build some familiarity into your idea.  Highlight some of the things that are staying the same, rather than simply emphasizing everything that will change.  Most nay-sayers are objecting to the perceived size of the 'change' required, not the idea itself.   Create a link to something that others know well, perhaps using an analogy, a catch-phrase or a simile. Likening your idea to something others are already familiar with helps them to feel more comfortable with the idea and the idea to feel instantly more 'doable'.  The more comfortable and familiar your idea feels the more likely they are to say yes.

3.  After Sell.  Don't think that just because an idea isn't immediately accepted that it is dead in the water. Court people after the fact.  Identify their objections.  Ask them... 'If we were able to address this concern would you be on board?"... and then fix it.  You can re-pitch your  idea once you have developed solutions to the objections that were raised.  Courting people before you do assures you of gaining their acceptance. Once they say that they will be on board with your idea if you can address the issue they raised, it is difficult for them to continue to object once you've fixed it, without appearing to be contrarian.

Don't worry about people stealing your ideas.  If your ideas are any good, you'll have to ram them down people's throats.      Howard Aiken

Use this 3-Step process to help your ideas to stand out and gain acceptance.  Investing a little more time in ensuring their success helps assure you of yours!
Posted by Cindy Dachuk at 8:07 AM