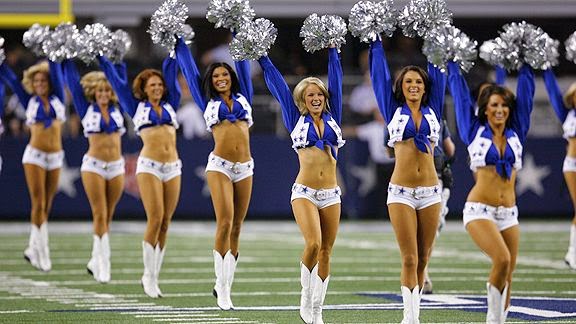 There has long been a standing belief that people were more attractive collectively than individually.  Indeed, even Barney Stinson (of How I met Your Mother fame) discussed the impact of the collective when viewing the relative level of 'attractiveness' of women in a bar.  However, recent research (Walker & Vul, 2013, Psychological Science) has proven that the Effect is, in fact, true.

It seems that when we see people in a group, our brain focuses first on them as a group, computing general information about the group as  whole.  We will assess how many there are, determine the general mood of the group etc.  This quick assessment then serves to influence any perceptions that we may then have about the individual members, making us see each of them as more like the 'group's average' than we may have seen each, if taken individually.

In the study, people were generally rated as more attractive, when rating them from a group photo, than when only their individual photo was being assessed.  Certainly, this has implications for the dating scene - suggesting the need to become strategic in taking along a few 'well-chosen' wing men... those whose physical attributes balance off any possible personal deficiencies.  Your eyes spaced too close together?  Hang out with someone whose eyes are further apart.  Taken together you'll appear 'just right'!

Joking (and dating) aside though, this concept did get me thinking about other implications.  If we have the tendency to 'average' out the physical attributes of a group, when determining individual attractiveness, might we not also tend to unconsciously average out other characteristics?  For instance, if I was in a room full of Mensa-members, would someone observing me in this situation apply the 'law of averaging' (in which case I would come out ahead!) or would I simply suffer in comparison to those around me?

We know that who we surround ourselves with impacts our level of achievement and success, that we have a tendency to work to the level of those we engage with.  Therefore, to be more successful we would need to surround ourselves with more successful people.  This has an impact upon our mindset.  However, the question here is not whether we are psychologically impacted by the company we keep, but whether those observing us are.  Can we influence their perceptions of us simply by modifying the people with which we are 'seen' to associate?

If we are quick to be deemed more attractive, simply by standing next to those whose features complement our own, it seems logical to expect that attributes, beyond simply the physical, would also be assigned to us based upon what is known about the attributes of those with whom we associate.  If we surround ourselves with those that are driven to get ahead, would it not be likely that those 'higher up' would also categorize us as wanting the same?  What if we tend to hang-out more with people happy to continue in the niche they have carved out for themselves?  Might this have an impact on 'why' we are not getting ahead as quickly as we would like?

We are typically very quick to judge others, forming unconscious assumptions about who they are, what they are capable of, what they stand for.  If you seem to be experiencing difficulty in getting others to 'see' you the way that you want, or to establish a credible brand, you might want to consider who you are associating yourself with, within the workplace landscape, and whether the Law of Averaging is working to your benefit or not.  If the averaging phenomenon is not working to your advantage, you might want to consider getting a different crew of workplace wingmen!