The Impact of the Anchoring Effect on your Success 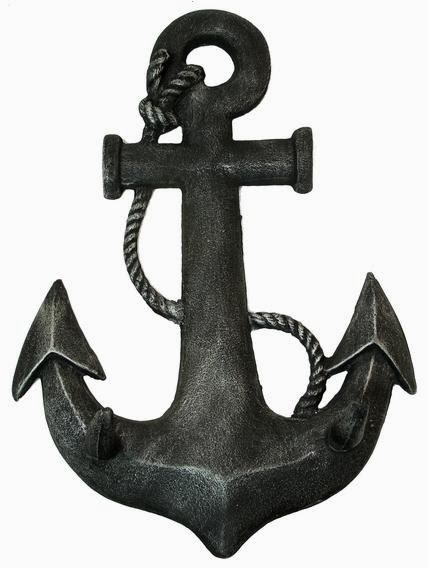 I don't have an answer for you in today's blog posting, but I do have a question for you to consider.  First, let
me start by sharing a little about the psychological phenomenon known as the Anchoring Effect.

The Anchoring Effect is a psychological bias that serves to influence our perception of an event.  It can have very large implications for the final outcome we experience.  For example, let's take a look at a study conducted by Strack and Mussweiler (1999).  They looked to determine the relative impact of a prefacing question upon a final answer.  In this instance, they asked half a group of participants whether Mahatma Gandhi died before or after the age of 9, while the other half was asked where he died before or after the age of 140.  In each case, the answer was quite obvious for each group and each found the question to be somewhat silly in nature.  However, participants were then asked to guess the actual age of Gandhi's death.

The first group guessed an average age of 50, while the second group guessed an average age of 67. His actual age of 87 is irrelevant for the purposes of this study.  What is important is the degree of influence that the prefacing question had upon people's guesses.  In each instance the prefacing question had served to skew the results.

We see the impact of this Anchoring Effect in many other instance in our daily lives.  The sticker price of the car we are looking at will determine the final price that we settle on during our negotiations of the car price, regardless of whether that final price is truly 'fair' or not.  Our impression of the deal we got is driven by that first, anchored, sticker price.

The key is to understand that our brains are wired to use anchors (reference points) in helping us to make decisions.  Sometimes those anchors will work in our favour while, at other times, they may not. Unfortunately, the impact of these anchor points is largely impacting us unconsciously, preventing us from ensuring that they influence us in favourable versus unfavourable directions.

Now... my question.  The impact of the Anchoring Effect is well documented and is used consciously and universally by shrewd sales personnel and top negotiators.  However, my question is to consider the impact of the Anchoring Effect on your Success.  Let's look at this simply and consider only...  your salary.  How much do you think you are capable of earning per year, maximum?  Got a figure?

There's your Anchoring Effect.  I haven't done a study on this myself, but I do know that some have been done indicating that whatever your figure you will likely find that it is roughly what you end up earning.  If you believe you are capable of earning $30,000 you will find that it is ultimately what you end up earning.  If the figure is $50,000, $150,000 or even $1,000,000 the same is true.  In setting this figure in your head you have served to Anchor that belief, unconsciously influenciing all of your decisions, often in subtle ways, to 'help' you achieve that goal.  The choices you make end up working in support of that anchored belief.

Consciously we may not, however it is our unconscious mind, working in conjunction with our negative self talk, that sets the bar.  It's quite likely that if you aren't enjoying the level of success you desire, that you have set your bar too low.  It's the reason that those who win the lottery often find themselves down the road with nothing left, they are back where they started, earning what they always have.  That dollar figure was anchored in their unconscious and so they 'spent' and 'disbursed' their winnings in such a way as to return to their anchored belief.

Spend some time thinking about your definition of success for yourself and what limits you may be inadvertently creating by this definition.  Consider expanding that definition, including new possibilities and potential for yourself.  Cut loose from your existing anchors, those that may be weighing you down unnecessarily and keeping you in place, creating new anchor points that place you far ahead of where you currently are and see how that belief influences your choices, helping you to experience, have and be more in the future than your current anchors held you to in the past.