The Downside to Uptalk

I have been speaking with audiences for almost a decade about the negative impact of Uptalk on their
presence.  Despite this though, it still remains one of the most common coaching issues for my clients to work through. 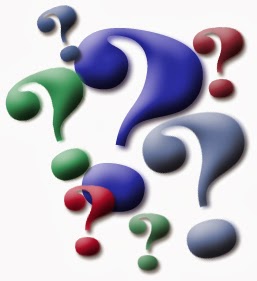 For those unfamiliar with the term Uptalk, it is the upward inflection typically heard when someone is asking a question, but it occurs when making a statement.  This upward inflection serves to turn your statement into a question, making you sound hesitant and unsure of your content. Over time, and with frequency, it can seriously undermine your credibility.

Generally, people will fall into one of two categories of Uptalkers.  Either they uptalk all of the time, and are therefore Habitual Uptalkers, or their uptalk is leakage serving to signal shifts and changes in their internal state.

A recent study, conducted by Thomas Linneman highlighted key Gender Differences in handling success by tracking the use of uptalk by contestants on the popular television game show Jeopardy!  Overall, he found that contestants tended to use uptalk roughly 37% of the time.  This usage does make sense given that participants are, in fact, often wondering if they have the right answer or not.  This self-doubt leaks out through their voice in the form of uptalk.

However, Linneman also found that men tended to use more uptalk when they were playing against female contestants or when they were correcting a female contestant when she was wrong.  It seems that men will unconsciously integrate more uptalk into their speech in an effort to 'soften' some of their language.  Their increased uptalking, in these situations, signifies an attempt to be 'nice'.  We know from additional research that this is often the source of much of women's uptalk within the workplace, reflecting their desire for others to like and think well of them.  Perhaps it is heartening to know that men's uptalking behaviour is also influenced by the same desire, even if not to the same extent as women's.

The finding of Linneman's that is the most disturbing for me though is the link he uncovered between success and uptalk.  We have long known that women are often encouraged to downplay their success, while men are encouraged to own it.  Sheryl Sandberg's book Lean In speaks to many of the reasons why women's careers stall out, resulting in fewer women at the senior level.  Uptalk is one of those reasons.  It is a subtle cue we deliver to others, letting them know that we do not feel we are worthy or deserving of success.

In Linneman's study, he found that the more success the male contestants enjoyed on the Jeopardy! show, the less uptalk they exhibited.  They became more comfortable and confident with their success as it increased.  However, the more successful that a female contestant became, the more uptalk she engaged in. Her comfort with her success increased, resulting in more uptalk.  Unfortunately, in business, the greater your uptalk, the more hesitant and unsure you sound, which will serve to limit and restrict the responsibilities you are given.  If you don't sound ready and capable then you are likely to be passed over.

Certainly, learning to speak without Uptalk is a necessary step to stepping-up.  You need to sound confident if you want others to place their confidence in you.  I work with clients often, helping them to eliminate their uptalk.  However, it can't stop there.  We need to also work at eradicating the belief that women are somehow not worthy or deserving of their success.  Often they have worked longer and harder to prove themselves, yet they are still left feeling like an imposter in that senior role.

“I still face situations that I fear are beyond my capabilities. I still have days when I feel like a fraud. And I still sometimes find myself spoken over and discounted while men sitting next to me are not. But now I know how to take a deep breath and keep my hand up. I have learned to sit at the table.”    Sheryl Sandberg

Learning to 'sit at the table' means learning to have confidence that you are 'enough', that you are deserving and that you have the right to be there.  Gaining this belief helps us to manage and control the unconscious and damaging leakage (such as uptalk) that we would otherwise display.

And men... though research supports the fact that women are the more likely uptalking culprits, I have many male clients working to eradicate their uptalk also.  In the end, we all want to appear and sound confident and capable, even in those moments when we are not.  Perhaps, more so in those moments.