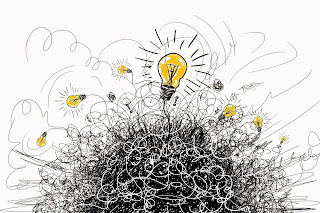 If you put a group of people together and give them a task, a leader will emerge. It's inevitable.


I was thinking about this concept the other night while watching an episode of Survivor.  There was a returning player telling the camera that his strategy this time around was to lay back and not take charge of the group.  He was going to avoid the 'leader' role. However, as soon as the group arrived at their home beach, he started tossing out ideas and suggestions about what should be done, how it should be done and the order of each.  He couldn't help himself.  The other players immediately labelled him as 'leader'.

In a recent study, published in Personality and Social Psychology, it was suggested that leaders emerge in problem solving situations due to two primary factors:

It typically has very little to do with competence.  In fact, there is often a big gap between the actual Competence and the Perception of a leader's capabilities; the perception of leadership capability having been driven by the individual's outspoken behaviour and not their competence.

In the study it was found that the leader's dominant behaviour during group problem solving led them to offer more suggestions than others did, thereby increasing their perceived value by others in the group.  It is interesting to note though that their solutions were no better or worse than anyone else's. There were just more of them.  When reviewing the content of the suggestions it was found that the 'leaders' did not add the best value, they were just heard from first and most often.

The results of this study help to understand a critical issue that Introverts face when looking to heighten their leadership profile.  They must learn to share more during group situations.  The difficulty that most Introverts face though is that they prefer to fully process something before sharing a finished conclusion.  They aren't comfortable in sharing a partially developed idea, since that does not have as much perceived value to them as an idea that is fully processed.  Therefore, Introverts don't tend to speak up as often as their more outspoken peers although they tend to share more solid content when they do.  As we've seen though, there is a gap between Competence and Perception.  Introverts may share more content and value-filled ideas than their outspoken peers but they are not likely to be perceived as a 'leader' by the group since they don't share as often.

Despite their discomfort in doing so then, it is evident that Introverts need to learn to 'share' more often in group situations if they want to heighten their leadership profile.  The following are two solid strategies you can use to be seen as more of a leader within your team activities:

Speak up early, if not first.

Introverts will find it easier to speak up if they are not caught up in processing too much information.
Therefore, make a point of speaking early in a meeting, before there have been too many topics raised bogging down your thought processing centers.  First is best, but early and often counts too!

Pull from the studies above to recognise that it is the act of tossing out ideas and suggestions that has perceived value by the group, not necessarily  'good' ideas.  Introverts like to share solid content. Therefore, they tend to hold onto their thoughts until they have reached a finished conclusion.  This costs them visibility.  Instead, learn to let go of the need to share something that is fully formed and share the issues that you are mulling over.  The group will perceive that as having as much value as your finished conclusion would have netted you, getting you into the game earlier and more often.
That Survivor contestant engaged in all the right activities to be quickly perceived as and labelled a leader.  However, unlike in our careers, when you are playing Survivor it is important to know how 'not' to be seen as the leader, which meant keeping his ideas and suggestions to himself.  Although he believed he was merely being 'helpful', speaking up first and often will be perceived as a bid for power by the group.  In the board room this could be a good thing.  On the 'island' decidedly not.