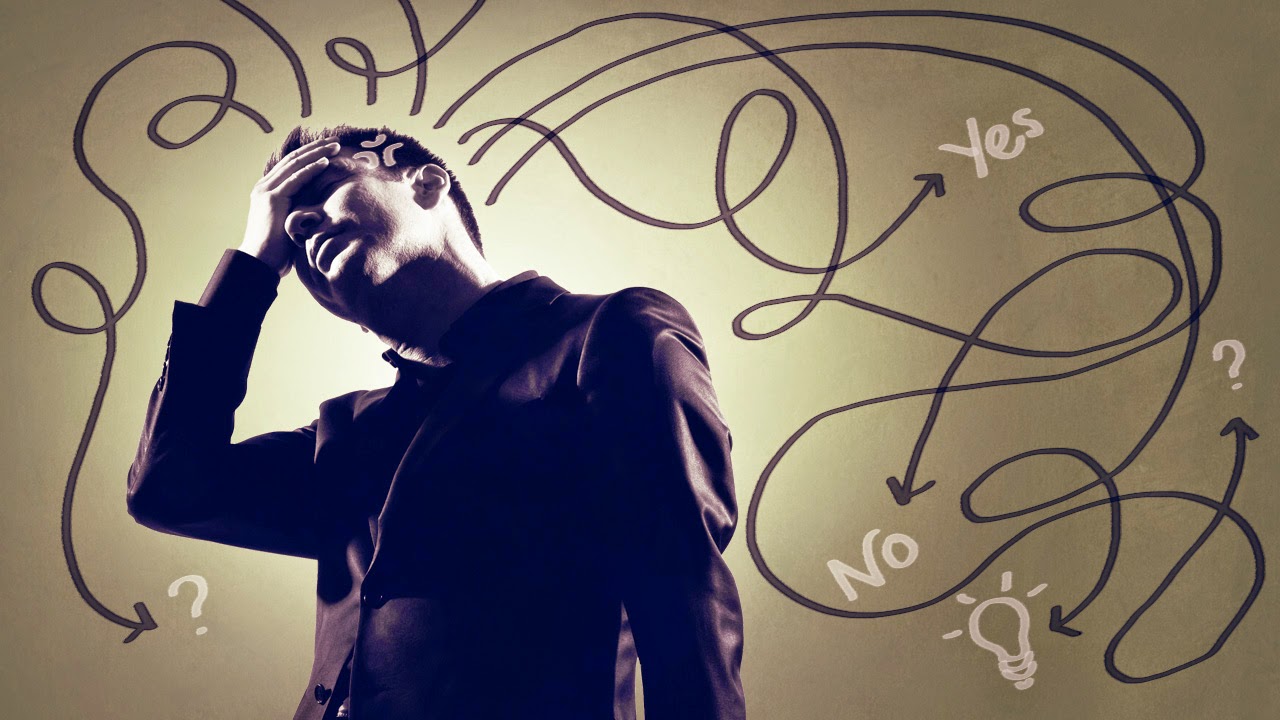 Regardless of whether you answered 'yes' or 'no' to this question, the latest research out indicates that we all get tired when faced with having to make too many decisions.  The biggest insight though was the discovery that when we suffer from mental fatigue the quality of the decisions we now are asked to make deteriorates significantly.

It seems that no matter how good we believe we are at making decisions, we can't continue to make decision after decision without paying a price biologically.  We know this about physical and muscle fatigue, but our brains apparently get tired too.  The problem is that we typically aren't consciously aware of when we're low on mental energy and therefore we tend to continue to push through, without ever knowing that our self-control (which is the element that tends to over-see bad decision making!) is being depleted.

Decision Fatigue is the term applied to the phenomenon called Ego Depletion - so labelled by social psychologist Roy F. Baumeister.  His experiments showed that there is a finite store of mental energy for self-control.  When it is depleted, our ability to resist temptations is also significantly reduced.  This new insight helps explain the dieter's dilemma...  why losing weight can prove to be so hard.  If you are constantly having to deny yourself food that you're craving you are, in essence, having to consistently make a choice between 'cheating' or not.  Each decision continues to deplete your willpower resources until you finally cave-in late in the day.  This is why candy bars at the check-out counter sell so well.  Up until now it was put down to simple impulse purchases.  However, if you have been shopping for a while, making decision after decision about what to buy, the make, model, price...  you are more fatigued by the time you go to pay.  That fatigue results in a loss of willpower and, before you know it, those M&M's are tossed in your cart.

These findings though have bigger, more far reaching implications...


In fact, in order to recover from mental fatigue your brain requires glucose.  That's why whenever we get exceedingly mentally fatigued we find ourselves reaching for the sweet snacks rather than salty ones.  (again... a tough one for dieters who are likely trying to avoid the sweet snacks)

What to do with this?

Know and understand that there are no telltale signs or symptoms of decision fatigue.  All decisions, large or small, add up to deplete your will power.  Choosing what to have for breakfast, what clothes to wear, what to spend, what model to buy, whether to go out to a movie...  all add up.  Don't delude yourself into thinking that you are immune... we are all susceptible.  Even knowing it happens doesn't prevent it from happening.  It is logical to expect therefore, that the decisions you make later in the day are likely to suffer as a result.  If you have big decisions to make later in the day then ensure that you top up your glucose levels at least a half hour beforehand.

Additionally, studies show that the people with the best self-control are those that have structured a lot of the elements in their lives so as to conserve their willpower.  Actions you can take to conserve yours...