Charisma: The 'It' Factor 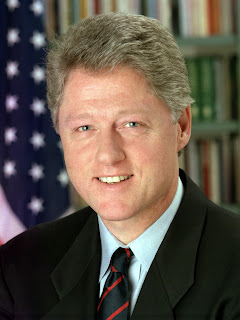 What is this intangible something that seems to separate these individuals from those around them, that makes them seem... well... somehow 'more' than everyone else?  It is, in a word, Charisma.

Although it is hotly debated whether charisma is something you're born with or whether it can be developed, I am firmly in the latter camp.  Although I believe that our innate personality plays a role in determining the ease with which we employ these skills (the 'Naturals'), we all have the ability to become more charismatic.

According to Ronald Riggio, PhD and Professor of Leadership and Organizational Change at Claremont McKenna College, there are three main components comprising Charisma.

This is our relative ability to strike up conversations with others, to openly and easily share our thoughts and feelings.  Interestingly, despite most people feeling as though others converse more comfortably and easily than they do, research shows that individuals who truly enjoy making small-talk are in the minority.  Therefore, taking the responsibility for initiating small talk from the other person (who is likely just as hesitant and uncomfortable as you feel), will typically earn their gratitude and heighten your appeal.

This is our ability to modify and adapt our persona to fit the needs of a group, the environment or the mood.  This does not imply that you become a totally different person in each situation, but it does speak to the ability to adjust your dial (like a thermostat) a little lower or high to fit/suit what is required.

This is the ability to truly listen to another person, to 'hear' beyond just the verbal content of their message.  This requires both an openness to picking up on others' emotions and a willingness and ability to express your own.

In general, in order to appear more charismatic to others, it is important that you shift from an internal to external mental orientation.  All too often we are focused interanlly, on our own thoughts, wants and needs.  As a result, we are not as open to others around us, not as interested in their stories, as we are in sharing our own.  We appear less interested and, as a result, are seen as less interesting.

Instead, we need to learn to activate an outward orientation to, in a manner of speaking, be out of our heads - present instead to those around us.  This is what some refer to as being present in the moment.  Regardless of its name though, the intent is the same.  You direct your thoughts and energies toward those that you are engaging in conversation.  Giving them 100% of your attention is what makes you more appealing and, ultimately, more charismatic.

This may sound like a much easier task than it proves to be in practice.  In fact though, that's exactly what it will take to improve your Charisma Quotient... practice!  Whenever you find yourself listening to your own internal dialogue instead of the voice of the person you're speaking with... refocus!  Kick yourself out of your head and redirect your attention.  Make eye contact, give the speaker cues (both visual and vocal) that indicate you are engaged.

Truly charismatic people are authentic.  They tend to be those that genuinely like and are interested in others.  If you tend to dislike more people than you like, you may find it more challenging to display interest and maintain your focus on others.  To increase your ability to do so, you need to open yourself to discovering more to like in and about others.  To help with this, try the following exercise at your next networking event.

Instead of just making small talk and moving on, task yourself with the challenge of having to discover something fascinating and/or redeeming about at least three people present.  This not only has you strengthening your ability to show interest in others but it also helps you to discover that everyone has a story that can open them to you.  You need only to uncover it.  In doing so, you will likely appear more interesting and charismatic in turn.
Posted by Cindy Dachuk at 9:31 AM