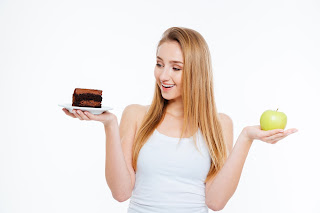 We know that change isn't easy but it is important to know that change is always possible. Ultimately, it's the possibility of change coupled with the desire for different that motivates us to try. However, our attempts to change are often flawed from the start because we don't take the time to understand that at the root of all change is the need to modify our habits.

The first time that we attempt a 'new' activity or task our brain is fully engaged. It is actively involved in processing all aspects of the activity in detail. However, as we come to repeat that activity in the future our brain begins to look for shortcuts, recalling patterns of behaviours and acting on them. In essence, our brains are continuously converting sequences of actions into automatic routines referred to as habits.

We rely daily on dozens of these habitual routines each day, which are nothing but ways in which our brain has worked to save itself some effort which allows us to devote more mental energy to higher thought processes and newer activities.

However, when we look to make 'changes' to the way that we do things we are typically going to have to modify many of these habits we hold. Unfortunately, we hold them largely unconsciously. As a result we are largely unaware when the brain fires up a given routine behaviour pattern and then question 'why' we seem to keep engaging in the 'old' behaviour when we 'know' we want to do something 'new'. The problem we face is that once a habit is formed our brain stops fully processing that habit. It activates automatically. So unless you deliberately fight a habit and establish new routines, the old patterns will emerge.

Our brain doesn't know the difference between good and bad habits. It has established our habitual loops of behaviour as shortcuts to keep it from being overwhelmed by every minute little daily decision. If we are truly interested in creating change into our lives we must focus on modifying our behaviour at the existing habitual level.

Our habits develop power over us because they create neurological cravings, most of which we are largely unaware of. Generally speaking our habits have three basic components...

You can disrupt this cycle by focusing on the middle part of that loop. You can never really extinguish bad habits so you want to 'modify' the cycle rather than trying to delete it. To start you must begin by identifying the cycle itself. What are the cues that trigger the habit loop to start? For smokers looking to quit they need to identify each of the cues that trigger them to reach for their cigarette pack, for people looking to lose weight the cues that trigger their 'snack' choices or timing. Although these cues are operating unconsciously, you can become aware of them by stopping each time that behaviour loop starts and reflecting on what precipitated it. Jot it down. You'll soon have a clear list of your identified triggers and cues.

Your job then is to replace the routine that follows. Instead of allowing your existing habit loop to run insert your desired new one. Make it as consistent as possible each time to help the brain to recognise the pattern. Reinforce the associated reward. Make a big deal of it. Celebrate the change in your choices. You want your brain to acknowledge the choice as a desired one. If you eat carrots instead of chips but bemoan the choice your brain is not going to go out of its way to anchor that habit in place. Instead, think about how proud you are of the choice, how good you feel, how much more energy you have. Even if it's not true - these are the messages you want cemented to that action.

The only other magical ingredient needed to make the new habits stick is the Belief that it will work. You need to believe that change is possible, that you can make that change, that things can get better. It seems that for all the effort and attempts people make to change, the reason they keep boomeranging back to the original habit is that they lack the belief the new behaviours will stick.

Whether it's belief in yourself, belief in the science or belief in the disruption formula above, permanent change requires the addition of belief. So don't beat yourself up about all of your failed attempts in the past. This time things will be different... if you truly believe they will.