Girls Just Want to Have Fun... Or Do They? 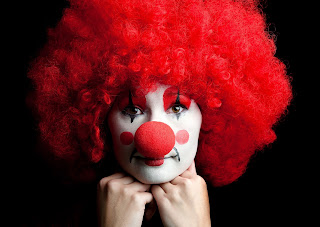 According to a Robert Half International survey, of Vice-Presidents and Personnel Directors at 100 of America's largest corporations, 84% of respondents said they thought that employees with a sense of humour did a better job than those with little or no 'sense of fun'. In a similar survey of CEO's, by Hodge-Cronin & Associates, 98% of respondents stated a definitive preference for job candidates with a good sense of humour.

Great!  Don't we all want to work with people that are positive and upbeat? But wait... research conducted by Connie Glaser (of 'Swim with the Dolphins' fame) showed that CEO's indicated that one of the key qualities they felt prevented women from getting ahead on the job was a LACK of a sense of humour.

So... research is saying that a sense of humour is a requirement for advancement into the senior ranks AND that most CEO's feel that women lack one.

How can this be? When I'm out with a group of my girlfriends for an evening we are often doing 'mascara-checks' on each other after laughing so hard we were crying... and these women are all highly successful business women. It can't just be me that has downright funny female friends... can it?

The catch phrase in my description of my evening out though is that I was out for an evening 'with the girls'. There were no men there. Does this have an impact? Yes, absolutely.

As young girls women are often led to believe that they shouldn't (or can't) tell jokes. Therefore, social conditioning begins working on us, leading us to suppress our sense of humour. Many women, when questioned, say that they will often hold back on the humour at work because it's unladylike or because people won't take them seriously if they are seen as being funny. The third reason often given is that men don't seem to get their jokes!

There are really two parallel issues running here. First, that women tend to hold back on the humour because they work too hard to be taken seriously to jeopardize it for the sake of a laugh and, secondly, that men often don't realize 'when' women are being funny because the humour is feminine, not masculine, in nature.

The challenge for women becomes immediately apparent though when reviewing what the first two surveys described above tell us. Men don't see or appreciate women's humour and therefore women may not be promoted as fast or as far as a result. What then is a woman who wants to be viewed as a professional, and be taken seriously around the boardroom table, to do?

First of all, women need to learn the fine art of tightrope walking. Unfortunately the world of work is still predominantly masculine directed, meaning that the most commonly understood communicative style is male. Therefore it will usually prove easier for a woman to adapt her style to match.* This does not mean abandoning all sense of self in the process but it does mean making some concessions to the male sense of what's funny.

The key strategy? Laugh. Recognise that laughing has less to do with the actual joke telling (lots of men can't tell jokes either) but it has everything to do with building camaraderie and a feeling of connection.

The good news is that because of the strong stereotypical belief that women (as a whole) aren't funny, you don't have to go for the big belly laugh to be seen as having a sense of humour. Even if you aren't great at telling a funny story (personally I never remember the punchline to jokes) relaxing enough to share in someone else's ability to do so, and responding positively to it, will go a long way to helping lighten your perception and profile.

*please note that I said that it is often 'easier' for a woman to adapt her style, not that I agree it is right, fair or just for her to have to do so in an effort to be promoted.  This is a different issue!

Email ThisBlogThis!Share to TwitterShare to FacebookShare to Pinterest
Labels: communication, perceptions, self marketing, self promotion