Punctuality: The High Cost of Being Late 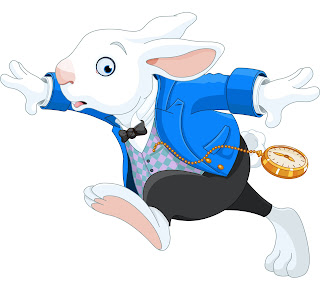 I hate being late.  For anything.  For meetings, engagements, appointments, reservations.  Truly, it causes me undue stress and distress to not arrive at least 10 minutes before the 'start' of anything.  For me arriving 10 minutes ahead of the start of something isn't 'early', it's on time. Meetings should start at the designated time which means you must arrive prior to ensure that happens.

As much as I hate being late I hate it even more when others are. I get that we are all busy, but it only makes it that much more important for you to not waste others' time.  Although I have long recognised that I am in the minority when it comes to my views on punctuality, organizations are coming to realize that there is a cost associated with 'tardiness' and are no longer willing to continue to foot the bill.

We all know that meetings have a high 'waste' factor associated with them. Starting a meeting late is just one of them, but it is a consistent and common element.  I have one client that expects (and accepts) that a meeting scheduled for 9:00 am will not get started until roughly 9:10.  Most internal attendees don't even saunter into the meeting room until 10 minutes past the hour, which does nothing to endear them to any external attendees.

Beyond the obvious dollar cost of having people get paid to sit around and 'wait' for a meeting to begin, there are additional costs that many fail to recognise.  Being consistently late can impact your:

Credibility.  It is difficult to convince someone to give you the opportunity to oversee a large project if you are chronically late.  Your inability to arrive on time for meetings is likely to lead others questioning your ability to get a project done on time or in budget.

Opportunities.  For the reason above, you may find that your future opportunities become seriously limited.  If you can't manage to get yourself where you need to be, when you need to be there, it is an easy assumption that you are not 'ready' or 'capable' of taking on a new responsibility.

Level of Respect.  Let's face it, arriving late to your meetings and appointments with others is just plain disrespectful.  It indicates to them that you do not value them, their time, or their importance. However, respect is a two way street.  It is difficult, if not impossible, for you to gain the respect of others if you don't also demonstrate respect. Being late is inconsiderate and indicates you don't care. If you don't... why should they?

Perception of Organization.  Being late looks disorganized.  Being consistently late confirms it.  If you are looking to climb further within an organization then you must appear to be capable of taking on more responsibilities.  However, arriving late appears as though you are barely managing your current workload and will therefore call into question your ability to take on more.

Reputation.  If you are late to everything then you quickly become someone that others can't count on. That becomes 'who' you are and 'what' you are known for.  This becomes a key part of your reputation.  Consider now if this is a reputation that you can build a career on.  Odds are it is more of a limiting factor than an exclusionary one.

Too many people in today`s business environment are somehow feeling that it is okay to be late, that a quick text message indicating that you are running 10 minutes behind is enough to alleviate any hard feelings about having kept others waiting.  Your explanation of how `busy` you are will justify letting others sit around until you arrive.

I recently was booking a two-hour consultation with a new client.  I indicated that my preferred start time for the location she requested was 9:00 am, however she preferred a 9:30 start to allow her sufficient time to deal with all of her `family`issues in the morning.  I agreed but indicated that we would then have a hard stop after 2 hours to allow me sufficient time to make it to my next appointment. At 9:30 I received a message indicating that she was running 15 minutes late but was on her way.  She arrived 20 minutes late and then requested an opportunity to grab a coffee prior to the start of our session so she could `decompress`.  We therefore started a half hour late.  I, however, kept to our agreed upon end time of 11:30.  She wanted more time with me to make up for her `missing`a half hour of our session. She was not pleased to discover that she was being charged the full 2 hours.  Somehow she thought her `message` that she was running late and her `need` for a coffee excused her tardiness and that my billable time adjusted accordingly.  Not so.

There is a cost to being late and that client soon learned it.  Both to her pocketbook and also to my feedback and recommendations.  She appeared disorganized and disrespectful and incapable of assuming any greater level of responsibility.  Difficult for me to then recommend her for the promotion she was being considered for.

Consider how often you are running behind and the messages it is giving to others about who you are and what you are capable of. Do these messages help build a brand that will carry you forward or will they limit your growth?  Five minutes may not seem like much but they may carry a bigger cost to your future than you may be thinking.  Getting to meetings and appointments early, or even just on time, can reap huge benefits.  Rather than allowing your lateness to become a habit with a negative impact to your career, develop your ability to arrive on time building a reputation as someone that others can count on.  Demonstrate your efficiency and reliability. Build your credibility and reputation... see what you've been missing out on.