Plugging your Loopholes to Success 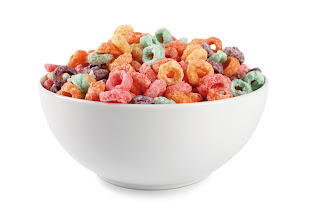 Just as lawyers may look for contractual loopholes to get a client out of a particular deal, relationship or action so too do we create loopholes in our lives to get out of taking action.
When it comes to creating positive habits for ourselves we know far more about what we 'should' be doing to obtain our desired result than we often care to admit.  Therefore, it isn't typically a lack of knowledge that prevents us from moving forward, but often poor execution.  One barrier we all face in maintaining our positive habits is our seeming effortless ability to find and create loopholes to our success.

Loopholes are small points of justification that serve to excuse us from having to maintain a particular habit in a particular situation.  They are the 'reasons' we give ourselves to justify doing something other than what we said we would or know we should.  In essence, the loopholes we use let us off the hook.  We use these loopholes to create an exception to our desired status quo, thereby allowing us to engage in a behaviour counter to our desired positive habits.

How often have you caught yourself saying or using any of the following?

I've been so good that I deserve this.   This is a form of Moral justification, the 'cheat' behaviour serving as a reward for engaging in the positive behaviours you are attempting to solidify as habit. However, each time that we engage this loophole we are setting up the 'cheat' behaviour as the most desirable option.  Not engaging in it is then seen as deprivation and we begin to track how long we have gone without and begin building in those cheats and justifying them by how long we've been good.

I'm going to be starting tomorrow, so it's okay to do this today.  We have this fixation on creating 'starting' points that are future based, telling ourselves that the timing is better if we start tomorrow, or Monday, or the first of the year, or after the holidays.  Not only do we then delay beginning the desired actions but we serve to 'give permission' to over-indulge today because 'tomorrow' we will be course correcting.  It is not unusual for the loophole of 'tomorrow' to lead to far more excesses today than we would have allowed had we never invoked the loophole at all.

This doesn't count.  This loophole sees us creating certain loophole exceptions, times in which we are automatically excused from engaging in our positive behaviours.  This may be specific days (it's my birthday, I can do whatever I want), vacations, celebrations or even moments of illness.  Similarly we will create various 'rules' around when things don't seemingly count such as; I only ate the broken pieces of cookies and everyone knows those don't count, the glass wasn't full so it doesn't count, I'm under a lot of stress, I'm pregnant.  Each of these 'doesn't count' moments serves to undermine positive habit formation.

It would upset them if I didn't.  In this loophole we are justifying our behaviour out of a consideration for others.  In essence, we are being generous, kind and considerate.  It's a small price to pay for making others feel good... isn't it?  We then eat that piece of cake so as not to distress the baker, we don't exercise because we are too busy doing things for other people, we stock the house with junk food because we're buying it for others. We use others as the excuse for not doing what we said we were committed to doing.

I can't do this if I do that.  This is a false choice loophole, where we set one behaviour up against another, creating the implication that engaging in the first is what is preventing us from doing the second.  However, we tend to state them as absolutes, as a clear either/or decision despite the fact that they typically are not.  Usually the behaviours are not mutually exclusive at all.  "I can clean the breakfast dishes OR I can get to work on time."  "I can play with the kids OR I can workout." Creating a limited choice situation with behaviours leads you to believe that there were no other options, that you were restricted to engaging in one or the other behaviour only, whereas typically all that's needed is to replace the OR with the word AND.  "I can play with the kids AND I can workout."  "I can do the breakfast dishes AND I can get to work on time."  The wording is the only element that is holding you back from engaging in the positive habit.

Did you identify with any of the above?  Can you hear yourself falling back on using one or two of the loopholes described? Often all that is needed to break a loophole is to identify its existence.  Once we actually identify and pay attention to them they no longer sound as logical as they once did and we are able to see them simply as 'Excuses'.  We can have Reasons why we don't engage in our desired behaviours or we can have the Results we want.  Plug those loopholes to get your desired results.