Drop the Jargon for Better Communication 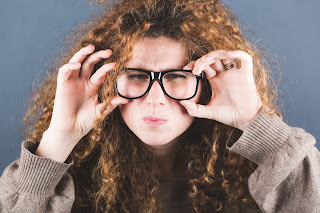 When it comes to communications, clarity is critical.  If people don't understand what you are saying they are not going to accept the idea, agree to the proposal or take the desired action.  All too often people mistake brevity for clarity, believing that the shorter the sentence the less room there is for misunderstandings to arise.

However, in an effort to keep our messages brief we tend to rely more heavily on the use of Jargon to convey our thoughts.  Jargon refers to the words, phrases or even acronyms we adopt to represent key concepts. They tend to serve as a type of verbal shorthand allowing us to communicate an idea or concept quickly.  However, if our audience is not familiar with the jargon we are using then we put the clarity of our messages at risk.

The difficulty arises though, in the fact that we often are completely unaware of the jargon we use, typically believing them to be commonplace words.  Because they are so heavily integrated into our personal vocabulary we assume that others must be equally familiar.  The use of these terms, with unfamiliar audiences though, creates barriers to our communication.  The overuse of jargon can make it seem as though we are speaking a foreign language and can...


Siblings and close friends will often have 'code-words' they use to reference an experience that others around them do not share and can feel excluded from.  Organizations can become so jargon-heavy that the environment feels like a 'club' that outsiders and new hires struggle to feel part of because you have to 'know' it to belong. Jargon can be useful, but when it prevents people from learning, understanding or being included it becomes problematical.

When you are learning and adopting new concepts they become integrated into your language.  It is important to be aware that others may not have yet been exposed to those same concepts or adopted the terminology you have.  When speaking with others it is important that the language you use match the language that others understand.  An effective communicator makes an unfamiliar concept resonate with others by sharing it in familiar ways.

Networking.  When we are networking we are looking to connect with others.  However, the overuse of jargon can be exclusionary, making others feel that they don't belong.  Try to eliminate as much jargon from your speech as possible to make yourself sound more approachable.  This is especially important for your 'elevator' pitch.  If your use of jargon prevents others from understanding who you are and what you do then you are not likely to be forging the connections you were looking to make.

Acronyms.  Beware the TLA's, those little Three-Letter-Acronyms.  I have visited client locations that use acronyms to such an extent that outsiders are unable to understand anything they say. Acronyms may make your message appear shorter, but if they aren't understood by your entire audience then you are sacrificing clarity.

Thinking you sound Smarter.  It is not unusual, when people want to sound intelligent, to fall on using too much jargon.  Somehow, in their belief that others might not find them smart or knowledgeable enough, they rely on the overuse of buzzwords and jargon to help make them sound more intelligent.  However, if your concepts aren't understood then you simply sound confusing, not smarter.  A solid point, made simply and clearly, will win over 'obfuscating dialogue' every time.

Part of the Club.  Professional organizations, special groups, industries and even social organizations often create their own internal unique vocabulary.  This may be great for members of those groups, helping them feel part of a special club, but is exclusionary to those who are 'outside' of the group itself and will prove off-putting. In fact, you may find that it proves prohibitive to others wanting to join, serving to limit membership.

People are far too busy to wade through complicated communications in an attempt to decipher what you meant.  Focusing on who your audience is and what they need to hear will help you prepare your message in a way that best serves them, not you.  The overuse of jargon is rarely about the audience, but is almost always about the speaker.   Become a better communicator by focusing on the receipt and understanding of the message, not just the delivery of it.

And, of course, as a confused audience member, your best defense against becoming lost in someone's jargon-based communication is to simply ask... What does that mean? What may prove interesting to discover is whether the speaker even knows!