The True Cost of... Sunk Costs 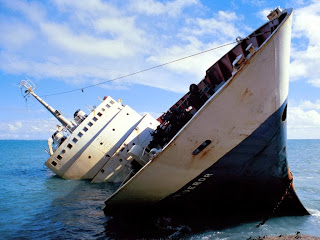 The term Sunk Costs refers to any investment you have made, whether time, money, or effort, that has already been paid and cannot be recovered.  You have sunk that cost into the activity or event and it's gone forever.

Technically, we should be done with this cost and not continue to be influenced by it but, in actuality, this isn't what happens; largely due to the fact that we are hard-wired to feel loss more strongly than gain. Because sunk-costs represent a loss to us, it is difficult for us to separate ourselves from them.  Psychologist Daniel Kahneman, in his book Thinking Fast and Slow, has this to say about our genetic predisposition to focus on loss...


Organisms that placed more urgency on avoiding threats than they did on maximizing opportunities were more likely to pass on their genes.  So over time, the prospect of losses has become a more powerful motivator on your behavior than the promise of gains.

I was thinking about this concept last night as I recalled a conversation that took place during a Career Planning session I was facilitating that day.  In essence, one of the participants commented that they felt 'trapped' in their existing career because they had spent the past number of years in their current role and, despite the fact they didn't think this was their 'true' dream career, couldn't just walk away and 'start over'. This is the sunk-cost fallacy at work.  This individual would like to consider switching their career but felt that they already had too much invested in their current stream to change.  Rather than shifting to something they would likely enjoy more, they didn't want to 'lose' the investment they had already made.

The biggest impact to us of the fallacy is, of course, that it prevents us from making choices that would serve us best in the future, rather than those negating the feeling of losses from past actions.  The challenge for us is that this fallacy is operating upon us unconsciously, we don't even know that it is creating false logic streams in our decision-making.  Consider...  have you ever gone to the movies only to realize, very early on, that the movie is terrible?  And yet, how often do people get up and leave?  Most stay and watch the movie, complaining bitterly afterward about the wasted money and time.  However, leaving early would have meant they could have mitigated their losses by not investing any more of their time.  Because the ticket was already purchased though, we remain to 'get our money's worth'.  Staying cost us more, but we only fixate on the cost of walking away.

What have you perhaps been holding onto too long simply because of the sunk-costs you have incurred?

The only way to avoid the hidden impact of perceived sunk-costs upon our current decisions is to consciously and openly recognise what they are.  Remind yourself that there is no getting these costs back, they are gone, but that you need not continue to lock your future choices and direction to the decisions of the past.  You have to ensure that you build a bright enough picture of the potential of the future that you will be able to override the pain that the loss represents.  We have to begin working on our rewiring to make future gains so much more appealing.