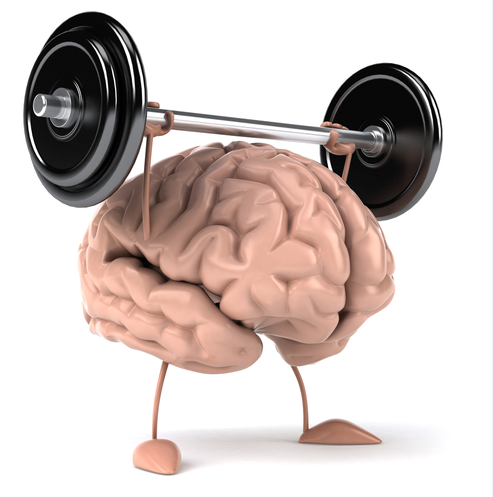 According to a study* in the journal Psychological Science, they have found evidence suggesting that those individuals who believe that they can improve their level of intelligence are more likely to be successful over the long run.  Hmmm.

In the study, subjects wore a special 'cap' that recorded their electrical brain activity while completing certain letter puzzles.  These puzzles were specifically designed for participants to make mistakes.  What researchers found was that when participants made mistakes, their brain sent two quick signals.  The first was a quick recognition of the error (what Michigan State University psychology professor Jason Moser refers to as the 'oh crap response') and a second signal that indicated a willingness to get it right.

Those participants with a growth mindset, a belief that their hard work will pay off for them in the long run, had a much stronger second signal and were more likely and willing to correct their mistakes.  They saw a net advantage to doing so. In essence, this group saw their errors as opportunities to grow, improve and learn, rather than an indication of their lack of capability.

It is this belief, that you can continue to learn, grown and improve that serves to establish that Success Mindset.  Successful people do not look to their failures and indications of what they can't do, but at learning opportunities.  They recognise only that their errors are indications of what they didn't know, but need to learn... and then they go out and learn it!


I read the above study shortly after reading on a facebook posting the following quote.  The two fit perfectly together, and I invite you to consider this quote the next time that things don't go according to plan...
Instead of beating yourself up about the past and saying  "Damn, what was I thinking", ask a better, kinder question... "What was I learning"?

Works for me, let's see how it works for you!